Prop 1: Give Independent Investigative Authority to the Spokane Police Ombudsman

This Charter Amendment will be on the Spokane’s 2013 February Special Election.  Ballots will be mailed by Spokane County Elections to voters on Jan 24.  They must be post marked by Tuesday February 12. Please vote “yes” for Prop 1 for a strong Spokane Police Ombudsman. 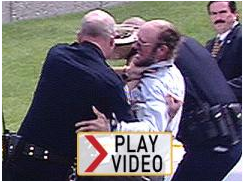 The Spokane Police Accountability and Reform Coalition has been trying for years to protect Spokane citizens from excessive force and other types of police misconduct.   A strong Spokane Police Ombudsman with authority to independently investigate is vital for meaningful civilian oversight, accountability, and the transparency.  There is a long, ugly history of abuses by the Spokane Police Department.  We have seen wrongful deaths, beatings, and countless violations of civil rights at the hands of Spokane law enforcement with little or no accountability to citizens and tax payers.   Some of the best investigative reporting on  Spokane Police Ombudsman has been the Center for Justice.  The Center has also come out in support in of Proposition 1.

The meetings of the Spokane Police Accountability and Reform Coalition (SPARC) are open to all interested people. They meet on the second Wednesday of each month at 5:30pm at the Community Building, 35 W. Main St., Spokane, WA. The Steering Committee meets on the fourth Wednesday of each month at noon. These meeting locations which are subject to change. Please call 838-7870 for more information.

Sponsors of this site

Spokane is the major city in Eastern Washington. For a century, it has been a cultural, economic, and political hub of the Inland Northwest. It was once a railroad town. However, the trains are now few. Our economy has become more centered on light industry and the information economy. We held the World's Fair in the 70s, and we still host Hoopfest, Pigout in the Park, and the Lilac Festival. If you like small town's that feel big. You will like Spokane.